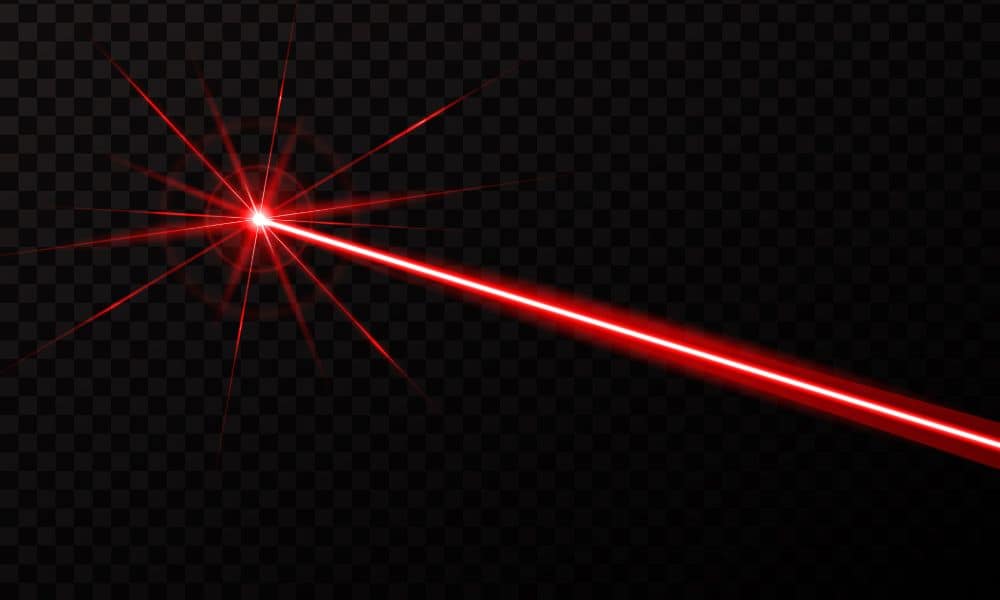 Minor factors can make the most significant differences with precise electronics and technological equipment, and temperature is one of them. So how are the wavelengths of lasers affected by temperature? Keep reading and find out.

The best way to break down how exactly temperature affects the wavelengths of lasers is to first identify each part of the equation. The first part is understanding what exactly lasers are and their different applications. Lasers are beams of light used throughout many different technologies, and it is actually an acronym standing for Light Amplification by Stimulation Emission of Radiation (LASER). These lasers do not occur naturally in nature, but scientists have figured out a way to produce multiple beams of light, all synced-up wavelengths.

The synced-up wavelengths of these light waves mean that they are in phase. Because all the light waves are synced up, laser beams appear incredibly narrow, bright, and focused onto a small and precise spot. Alongside being precise, lasers do not spread out like flashlights, and they can also travel incredibly long distances.

Laser pointers show off these effects, but when they touch an object, there is no result, only a tiny bit of light at whatever you point it at. There are real-world applications for lasers in many fields. For example, you can use incredibly powerful lasers to cut through diamonds or metal, or you can use them to assist in surgeries. Lasers are also used in communication technology, carrying TV and internet signals, scanners, laser printers, computers, electronics, etc.

As mentioned previously, light travels in waves. These waves have a sinusoidal pattern, and the distance between the peaks of these waves is known as the wavelength. Light is just a blip on the electromagnetic spectrum of varying wavelengths, sitting in about the middle. At one end of the spectrum are gamma rays with a wavelength of approximately 0.0001 nanometers. After that, you get into X-rays, ultraviolet light, infrared, and radio waves as the wavelengths increase.

The light that we see is visible light and sits at a range of about 400 nanometers to about 700 nanometers, while violet is at the shorter end and red is at the higher end. The light from the sun does not show up in various colors because it is made up of light from varying wavelengths, and when combined, eyes perceive them as white light.

Because there are variable wavelengths of light, there will be different kinds of lasers. There are even applications that can produce multiple different beams of variable power. Overall, these wavelengths and strength of the lasers are determined by lasing material creating the beams.

Wavelengths are less of a determining factor of a laser’s strength than they are an indication of it. You can chase the lasing material to produce stronger or weaker lasers, although the longer the wavelength, the more challenging it is to create a strong laser. However, an additional factor can change the wavelength and influence the laser strength, and that is temperature.

How Does Temperature Affect Wavelength?

These interconnected variables of laser strength, wavelength, and temperature are all connected and do not exist in a closed system. These variables affect one another, and other outside variables can also affect them. As mentioned previously, the power of a laser beam is dependent upon the lasing material producing the laser. This material has a unique chemical composition, and the energy levels of the laser are determined by the energy level of the electrons in the material’s atoms.

In a contained system where variables are consistent, you should see a consistent laser beam. However, these lasers are not in a contained system, and one influential variable is temperature. Without some form of external wavelength stabilization, the higher the laser’s temperature becomes, the longer the wavelength becomes. For DFB lasers, for example, this is typically around 0.1nm/°C. Higher temperatures also reduce the laser’s output power.

What Does This Altered Wavelength Do?

So now that we understand that temperature alters wavelengths, what does this mean in laboratory situations? It means that when you have a device—something as commonplace as a barcode scanner or some precise piece of technology sending signals back and forth from satellites—it can fail. If the temperature is not stable, readings can go awry, and many of the machines that the world relies on will malfunction and create even more issues down the line.

Because even the slightest temperature variances can result in inaccurate calculations and changes in performance, many laser setups are equipped with temperature controls. Many of them offer such fluctuation guarantees as not going over or under 0.004 ºC within an hour. These sorts of temperature stability guarantees are essential in producing accurate data and laser operations throughout every industry.

Laser setups are incredibly exact and can be influenced by more than just temperature, as the slightest bit of disruption can affect the laser diode. A stable, precise laser diode driver is another important component in a high performing laser setup.

Find out where you can purchase our products.